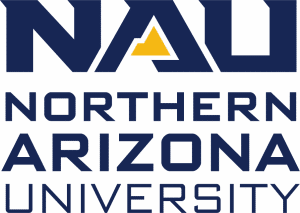 NAU was looking for a scheduling solution that would enable them to empower academic units, enforce institutional policies, follow scheduling best practices, and take the burden off of the registrar and their team.

Within the first year of using Coursedog’s scheduling solution, NAU achieved the following:

Like many higher education institutions reliant on legacy software and processes, NAU’s schedule was plagued by scheduling conflicts. Research shows that conflicts such as double booked rooms, section relationship violations, and non-standard meeting patterns can impede students’ ability to graduate on time. NAU was no exception. With over 14% of their sections associated with these barriers to success, faculty were frustrated and students faced challenges progressing toward their degree.

Vice Provost John Masserini, Associate Registrar Bonita Switala, and Business Analyst Grant Burden knew that the status quo of manual data entry into PeopleSoft, disparate scheduling communication channels and workflows, and tedious auditing of policy enforcement would have to change. Through ambitious policy design and the implementation of Coursedog’s integrated, end-to-end Academic Scheduling Platform, NAU was able to cut conflicts from 949 to 385 within the first year of leveraging the software.

NAU viewed Coursedog as the missing piece of the complex, completion-focused scheduling puzzle. Nearly 200 department schedulers are responsible for building NAU’s course schedule, spanning over 20 locations and servicing 27,000 students. Historically, it was up to the registrar and their team to run a number of data integrity checks and to manually enforce scheduling policies. This was not only inefficient, but it also disenfranchised academic units and created campus politics with the registrar’s office.

NAU sought a scheduling solution that would enable them to empower academic units, enforce institutional policies, follow scheduling best practices, and take the burden off of the registrar and their team. With Coursedog’s automatic rule validation to prevent basic errors and bottlenecks, and its predictive data to inform what courses to offer and when, it was evident to NAU that they would be able to meet these goals.

“We wanted to give academic units the ability to input their changes and to build their classes into the system…But the challenge was ensuring that what they built followed our best practices and policies. That's where Coursedog has proven to be vital for us.” Bonita Switala, NAU Associate Registrar

The registrar’s team was eager to leverage Coursedog’s real-time rule validation to improve the scheduling experience for campus stakeholders, and to deliver a more student-centric schedule. For NAU, this was an opportunity to evaluate and improve on their historical approach to scheduling. Grant Burden, a Business Analyst at NAU and a key collaborator on the implementation and deployment of Coursedog, shared that “[Implementation] started as a high level discussion of critical scheduling policies and historic pain points.”

NAU worked closely with their Coursedog project manager to identify an approach that would optimize their existing processes and introduce new scheduling practices to benefit administrators and students. They chose to leverage a number of Coursedog’s pre-built rules, which are based on industry best practices. The team also strategically built out over 100 custom rules using Coursedog’s flexible, no-code interface in order to translate and enforce both new and historical institution-specific policies.

“We were able to customize the system with our particular rules. [Coursedog] provided us with [configurable] filters to allow us to do that. This was huge for us…because we could give [ownership] back to the academic units while also ensuring that fields were accurate and complete, reducing the data integrity reviews we had to run. Those were our goals and we accomplished them.” Bonita Switala, NAU Associate Registrar

NAU reduces the number of scheduling conflicts by 60% with Coursedog

The NAU team’s commitment to building out thorough, in-app scheduling policies paid off. Within the first year of using Coursedog, NAU reduced the number of conflicts in their schedule by more than half. In Fall of 2021, the first active Fall scheduling term built with Coursedog, only 3% of sections in the overall schedule were affected by conflicts. In the last pre-Covid Fall term prior to the implementation of Coursedog, this number was closer to 8% of sections. For NAU, this meant that administrators faced fewer headaches when trying to resolve issues with the schedule. The registrar’s team estimates that they’ve saved over 250 hours each scheduling term auditing errors and enforcing policies.

The reduction in scheduling conflicts also made it easier for students to access the classes they need to stay on track with their degree path. This, compounded with Coursedog’s predictive data and real-time enrollment monitoring, helped NAU realize a 14% drop in overfilled sections between the Fall of 2019 and Fall of 2021. This decrease in overfilled sections translates to a faster time to degree for students, and more optimal resource allocation for NAU. Beyond the numbers, some of the value  NAU has realized is not able to be quantified:

“The rules and products have helped us smooth over relationships with academic schedulers and grow tighter with our own departments.” Grant Burden, NAU Business Analyst

After a successful implementation and strong early outcomes with the Scheduling solution, NAU has signed to partner with Coursedog further with the Curriculum & Catalog Management and Course Demand Projections solutions, securing Coursedog’s full Integrated Academic Operations platform. With their acquisition of an Integrated Academic Operations Platform, the NAU team is excited to promote student progression through academic operational excellence.

"Coursedog has provided us with a system to ensure best practices are being utilized for both processes and policies which has assisted in making our course scheduling much more efficient. Coursedog is successful because of the flexible and collaborative approach they have taken in partnering with our institution, and we are excited to expand our partnership to further streamline our academic operations." Ian Wischmeier, NAU Registrar 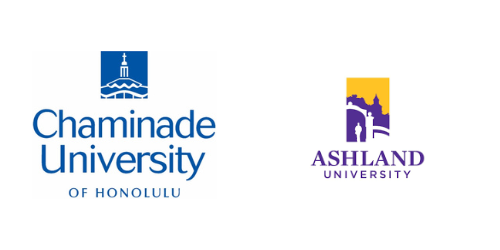 How Chaminade University & Ashland University Use Coursedog and Colleague Together

"Coursedog has provided us with a system to ensure scheduling best practices are being utilized for both processes and policies."
Learn more