Chronicle of Higher Ed: How Do You Distinguish Yourself Through Your Curriculum? 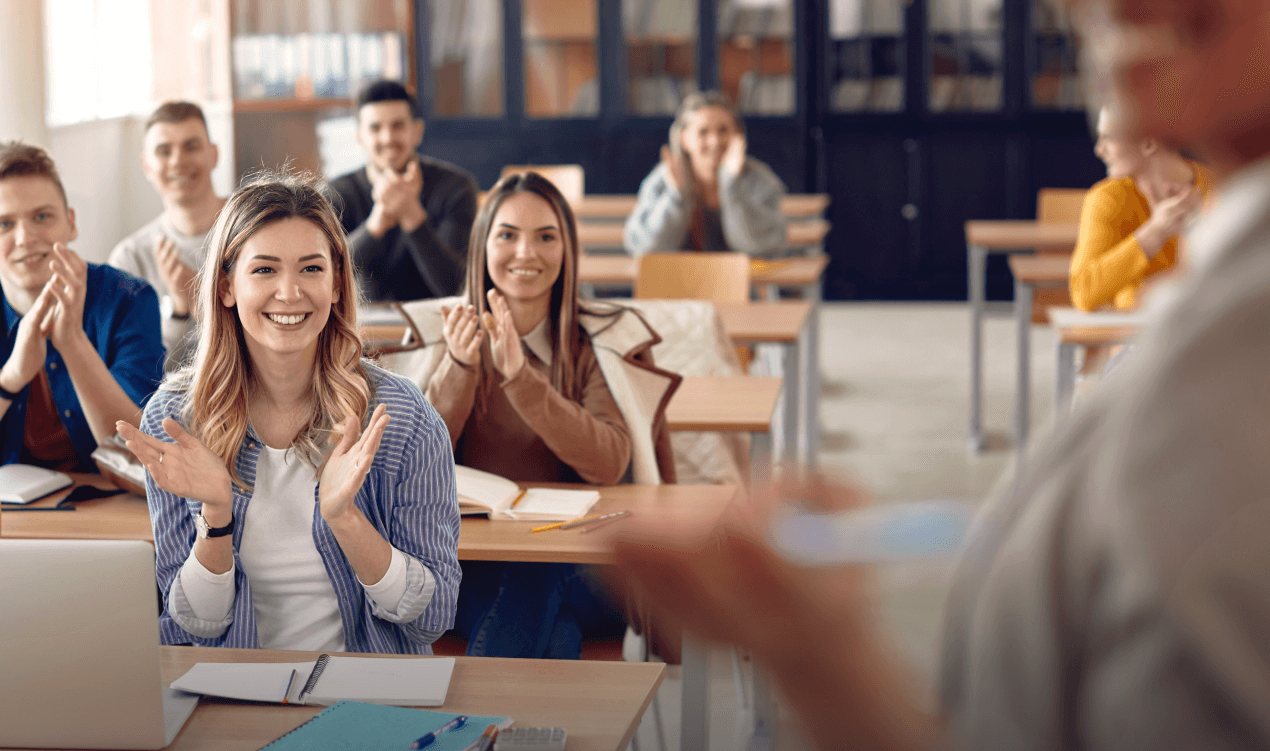 In an increasingly competitive landscape in higher education, colleges and universities are turning to their curriculum to attract students and differentiate their institution from others. The Chronicle of Higher Education held a panel with four higher ed leaders that discussed their experiences transforming curriculum at their institutions.

Today’s colleges face a competitive landscape. To recruit a shrinking number of traditional-age students, they need to distinguish themselves in a crowded market. One way to do that is to revamp their curricular offerings to better align with student interests and employer needs. But revising the curriculum is rarely a quick and easy endeavor. How can colleges develop new programs that fit their missions while navigating the myriad challenges that go along with it, including securing support from faculty members?

To find out, The Chronicle, with support from Coursedog, brought together a panel of higher-ed administrators for a virtual discussion. “How Do You Distinguish Yourself Through Your Curriculum?” was moderated by Liz McMillen, executive editor at The Chronicle, and aired on March 31. The panelists were Mojgan Behmand, vice president for academic affairs and dean of the faculty at Dominican University of California; Shampa Biswas, a professor of political science at Whitman College; Brad Goodner, director of the School of Health and Medical Humanities at Hiram College; and Karen McGrath, senior vice president for enrollment and student success at Hartwick College.

The following comments, which have been edited for clarity and length, represent key takeaways from the forum. To hear the full discussion, access the archived version here.

Liz McMillen: Mojgan could you tell us about the Dominican Experience and the changes you’ve made in the past few years?

Mojgan Behmand: In 2013 we launched our Dominican Experience, which is a wraparound support and curricular/co-curricular program with four high-impact practices for students: integrative coaching, community engagement, completion of a signature work, and the creation of a digital portfolio.

We started embedding those aspects throughout the university, and we undertook a major curricular revision, changing our general education program and revising some majors. For example, religion became a social-justice major and art history became visual studies. We also developed new majors, like one in applied computer science.

All of these changes were made to both distinguish ourselves in a crowded higher-ed landscape but also to respond to student needs. The data actually show that we did quite well with that because our retention rates have increased 20 percent. Our six-year graduation rates have also climbed.

McMillen: What other results have you been seeing?

Behmand: The effect of that curriculum revision for the students was that there was greater flexibility, and by that I mean we have a lot of students, for example, who are in health-care programs, which are extremely structured. Now they were able to have minors. We also have more students double majoring.

We’ve seen students who engage in community engagement are graduating at incredibly high rates, and we’re hearing from employers that they are prepared for dealing with diverse work environments. And what’s really important, in our most recent survey, we saw that 85 percent of our first-year students talk about an increased sense of belonging to the institution because they’re participating in the Dominican Experience.

McMillen: Brad, tell us about your work at Hiram and its tech efforts.

Brad Goodner: Over the last few years, we found that we needed to make some additions to our curriculum to update it and to meet students and their families where they are. So we have made a more intentional connection between the students, their experience, and their future careers, calling it Hiram Connect.

We have redesigned our core curriculum to get students to focus not only on some enduring questions but also urgent challenges of the time.

You mentioned the tech program that started in 2017. We are now a fully iPad campus. We were not wedded to any particular technology, but being a campus where everybody has the same device has truly transformed not only the teaching and learning environment, but the way the campus runs. It transformed the way that student clubs run and how athletics is run, for example.

McMillen: I thought it was interesting when you talked about how different students and professors are using the iPads.
‍

Goodner: I’ll give you a real-world example. I teach it in a flipped classroom style where we do a lot of problem solving in class. I walk around the room, working with groups, talking to two or three students at a time.

But if a student group has a really novel way of approaching a problem, I can give them control of the screen, and they can project from one of their iPads. So it made for a much more communicative learning environment.

It opened up a lot of faculty to new ways of presenting material. Many other faculty are much more likely to make a video or make a podcast as a way of allowing students to find different ways to access the material.

McMillen: Shampa, could you tell us about the organizing theme at Whitman?

Shampa Biswas: In 2020 we adopted a theme for the entire college for the entirety of the academic year. This emerged when we were in the thick of the pandemic, and we already knew a lot about the ways that the pandemic had affected communities of color. That summer is also when George Floyd is murdered and starts a series of racial protests around the country.

So that’s a time in which a lot of my colleagues are thinking about how to respond to this moment. My institution ended up adopting an academic theme called Race, Violence, and Health. Many faculty members added new content to their courses, some revamped their entire course on very short notice, and some even created new courses. It also facilitated collaborations and conversations across the college among colleagues who adopted the theme, and we brought in a series of speakers.

The other thing we did was try to hook up the curricular parts of this with the co-curricular. Our career center did a series of workshops on how to think about racial justice in the workplace. Our community engaged learning center found internships that took on questions of racial justice for students.

It was successful enough that a different group proposed a new theme, which is our current theme, on climate justice.

McMillen: Shampa, how did students respond?

Biswas: We did not do a formal assessment of the program, so this is anecdotal based on what I heard from students and colleagues. It facilitated conversations in a different environment. We heard, especially from faculty, that students brought back what they were learning in other classes about the theme into their classes.

‍Karen McGrath: We partnered with the Art & Science Group, and we undertook with them a study of our prospective students, our current students, and students who had withdrawn from the college. We really wanted to gain specific insights into what we needed to do to actually change enrollment behavior, to increase our applications, improve our yield to enrollment, and have gains in our persistence to graduation.

The level of transparency about our findings was critical to the development of this program. And when I say findings, I mean the bold truth, the good, the bad, and the indifferent. At the conclusion of the study, Art & Science presented us with five key ideas that they said would move our enrollment needle.

But the true power would come if we could create something that integrated all five of these ideas into this one cohesive package. With this as our charge, our campus worked across divisions to determine how each area would actually animate this new platform. And after months of hard work, the campus presented to the president and to the Board of Trustees what we call FlightPath.

FlightPath is a future-focused approach to a student’s education, and it’s designed to be highly flexible and highly personalized. The key areas of it include intentional and intrusive mentorship; the infusion of 21st-century skills, which meant a redesign of our generaleducation curriculum; and embedded career development across the entire of the student experience.

McMillen: I know your program is relatively recent, but what results are you seeing so far?

McGrath: Our students, like all students across the country, were dealing with issues of anxiety, depression, and isolation because of Covid. FlightPath has allowed us to have more one-on-one relationships with our students, that continuity of care. It has allowed us to take this holistic look at the student experience, and by providing wraparound support we’ve been able to work with our students about connecting them with all the resources they need to be successful.

McMillen: How did you involve faculty in the curricular initiatives, and how did you get faculty support?

McGrath: When you create any new process on campus, the level of inclusiveness for who’s around the table is critically important. One of the key objectives that we had was to hear all voices as we were developing what our future looks like. We started out by having what we called the promise working group because we’re trying to figure out what is our promise to future students. It was well representative of faculty, both tenured and nontenured faculty, it had staff, it had students, and the idea was to have collectiveness of their wisdom.

The progress the group made was reported out regularly. And I believe one of the key reasons why we were able to get such campus buy-in was because people understood what our students were saying. Not just anecdotal evidence, it was based on simulated decision making and a large swath of data.

The process moved from what we call the promise working group to the promise implementation group, which was well populated by faculty members who became the champions for the project. They took it to their colleagues and went through our shared-governance processes to redesign the curriculum.

And let’s be honest: There’s always going to be pushback, and pushback in higher education is a good thing. You want collaboration, that’s important, but you get the best ideas by challenging each other.

McMillen: I like the idea that pushback is a good thing. Shampa, I know your initiative was largely faculty driven, but perhaps you could talk about how you brought people along.

Biswas: Any major curricular innovation is absolutely going to require faculty buy-in. It also helps to have administrative support. It really functions well when it’s a genuine collaboration with enthusiasm from both ends.

So it came up as a faculty initiative, and we decided at the very outset to take it directly to the floor of the faculty meeting. We are a small enough college that it can be a whole that votes on major policy changes, and we were transparent from the very beginning about what we were developing. At the meeting we had a pretty robust discussion about both the value of adopting a theme and the value of adopting that particular theme. The faculty voted on the motion to adopt that particular theme.

There were those who were skeptical. Some worried about their ability to deliver on the theme well, especially since we were doing it so quickly. As Karen said, having a discussion that airs our differences and gives you a chance to actually respond to criticisms or concerns is very helpful.

Get Academic Operations News in Your Inbox 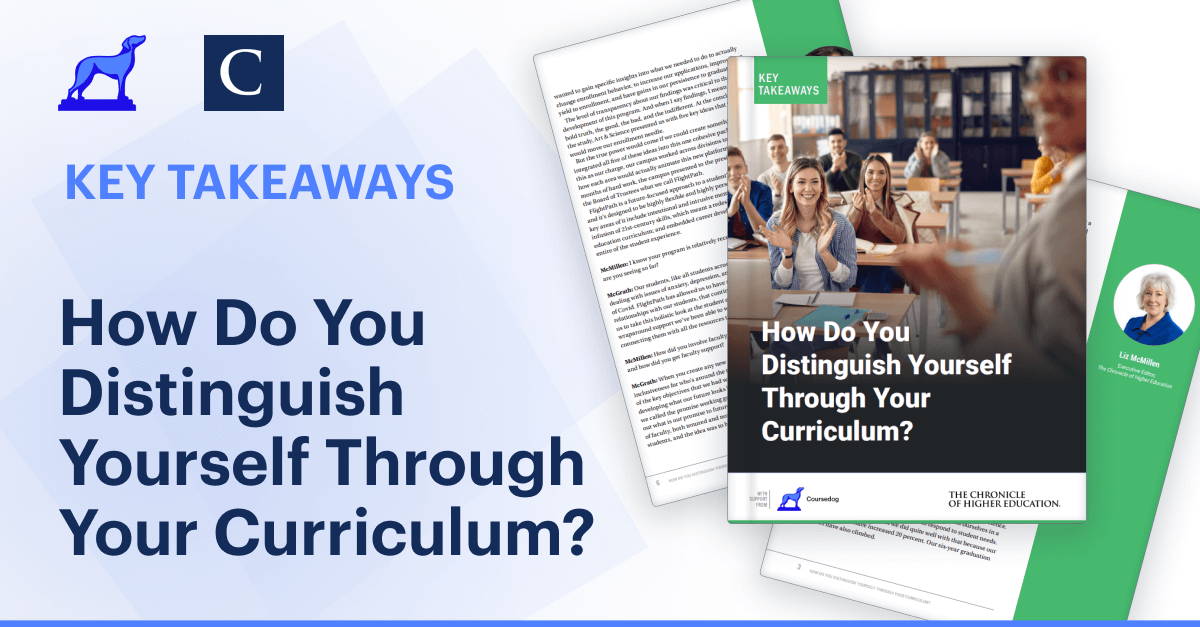